COVID-19 Safety Measures
To ensure the safety of our customers, we make sure our technicians are healthy, sanitizing their tools, and wearing masks.
If you need to reschedule your appointment, please call (310) 601-0066
Close
5 Ways to Learn How to Install TV Wall Mount On Drywall 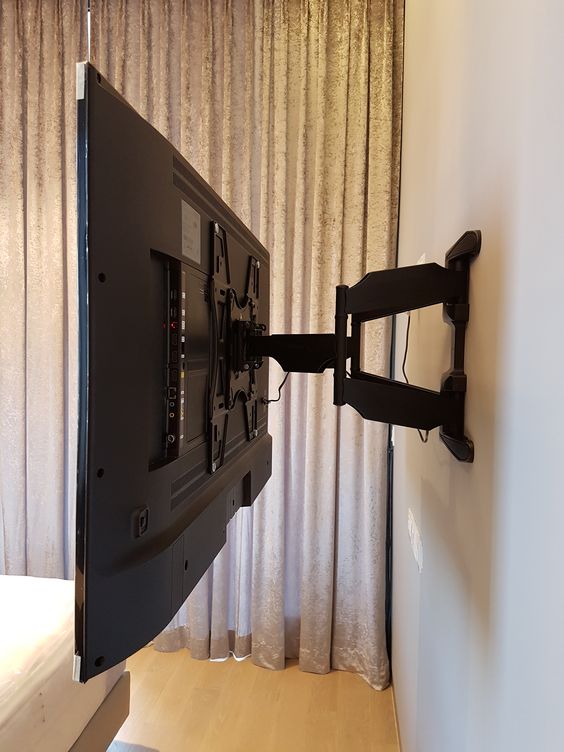 There aren’t many things more thrilling than taking that brand-new flat screen out of the box—until you realize you’re the one who has to mount it on the wall. Although hanging a flat-screen on the wall saves room and looks far more modern than boxy and outmoded TV stands and cabinets, it may be difficult to set them up properly. To prevent hearing a loud crash in the middle of the night (and maybe ruining your brand-new television), carefully follow these TV mounting instructions to keep your television where you want it.

How to install TV wall mount on drywall?

If you are wondering how to install tv wall mount on drywall here is our step-by-step tutorial on mounting a television to the drywall on your own:

Before you make any marks or get any equipment out, you’ll need to figure out where you want the television to go in your living room. The greatest positions are those where the light doesn’t shine too brightly in the afternoon and where the flow of your living room furniture makes sense.

Consider the height of your television when deciding where to mount it. When you’re seated on the sofa, you want the TV to be at eye level so you don’t have to strain your neck to see it.

To ensure that you don’t have any barriers or barriers on the wall you’re contemplating, the optimal TV height is roughly 42 inches from the floor (like a fireplace or a window). You should also consider where your outlets are located to prevent having to run a lengthy extension wire around the room.

Because mounting kits aren’t universal, you’ll need to choose one that’s appropriate for both your television brand and the weight of your flat screen. Refer to your handbook if you’re not sure what weight or model it is.

Certain television companies offer mounting kits with unique dimensions, but you may also purchase kits with weight ranges that will suit several television models. If you don’t want to purchase a kit, you’ll need to have the following items on hand:

After you’ve acquired the TV mounting kit, you’ll need to locate a stud in your wall to safely hang your television. Use your stud finder to identify the studs in your wall and mark them with a pencil. Most mounting systems will need the use of two studs, which will further strengthen the television’s bond to the wall.

How to install tv wall mount bracket on drywall?

You’ll need to connect the brackets to the television before you can fasten it to the wall. Then, gently place a blanket on the floor and place your television on top of it, glass side down.

To install the brackets on the television, follow the manufacturer’s instructions. Typically, you’ll need to find the holes on the back of the TV and match them up with the brackets before screwing them in place.

The Mounting Bracket should be measured and secured to the wall.

Now that the brackets are attached to the rear of the television, you may use a drill or a driver to measure and hang the mounting bracket that will be driven into the wall. To begin, mark the locations of the holes you’ll be drilling on the studs you’ve previously found.

You’ll drill into the studs after you’ve indicated the holes where your mounting bracket will go (typically two on top and two on bottom). Use a level to verify that each hole is horizontally level and even throughout the operation.

After you’ve drilled the holes, you’ll need to use a screwdriver to fasten the mounting bracket to the wall. Each screw should feel like it’s securely connected to the stud rather than spinning freely on the wall.

Set up the television

You may now attach the television onto the drywall once the mounting bracket is securely fastened to the studs. The television bracket will usually include hooks that “lock” into the mounting bracket on the wall. After you’ve secured it properly, check the manufacturer’s directions to see if there are any further screws you need to secure before the task is finished.

How to install a tv wall mount on drywall for 55”?

If there are no studs available where you wish to put the TV, you’ll need to utilize a hollow wall anchor. These may be incredibly powerful, but they shouldn’t be utilized with full-motion or articulating mounts in general. Because the effort put on the bracket arm while pulling the TV in and out might practically tear the wall bracket right off the anchors, this is the case. Irwin Unibit’s quarter-inch Snaptoggle is the greatest hollow wall anchor on the market, and a couple of them can easily support modern 55-inch TVs on a single sheet of drywall.

If you know the limitations of the wall and the toggles, mounting a TV on drywall or plaster without connecting it to a stud may be a very safe and dependable method. These are often used by professional home theater installations. Other installers have miscalculated the wall’s strength and ended up with a TV on the floor. Finally, if you’re not confident in your ability to complete the installation, consider hiring a professional.

How to hang an articulating tv wall mount on drywall?

If you’ve just purchased a new television, nothing beats putting it on the wall. You can turn, tilt, extend, retract, and even lower your TV with an articulating wall mount (also known as a full-motion mount). This way, no matter where you sit, you’ll always have the greatest seat in the house.

This TV wall bracket (also known as full-motion or articulating TV wall brackets) allows you to move your TV in any direction you choose. Maintain a clean and contemporary appearance in your living room by retracting, tilting, or swiveling your TV up to 180° horizontally and up to 20° vertically. This is ideal for TVs that need to be viewed from another room or area in a corner.

Now you know how to install TV wall mount on drywall. This tips will help you mount your new TV by yourself.

Call us if you want professional TV installers. We can do all these processes in few hours.